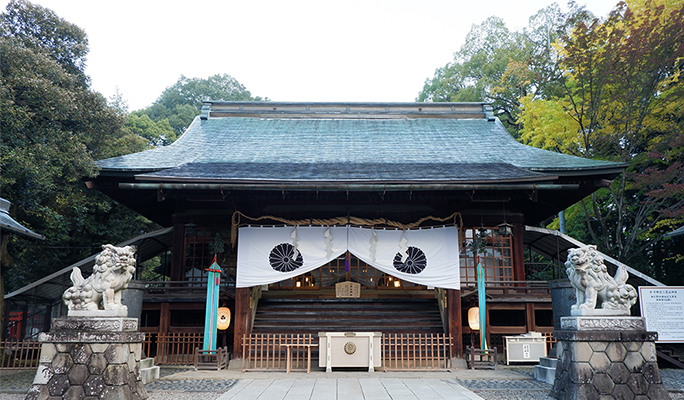 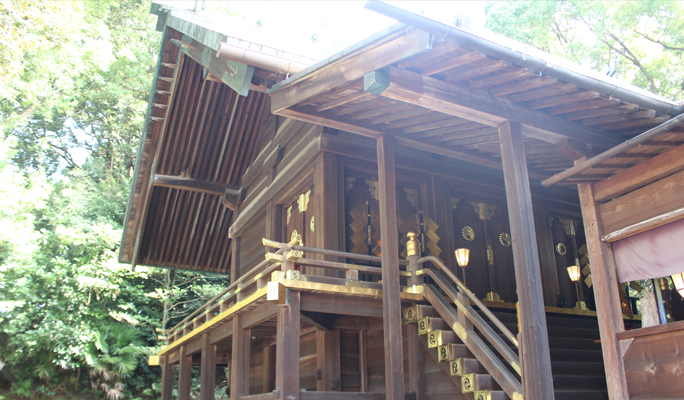 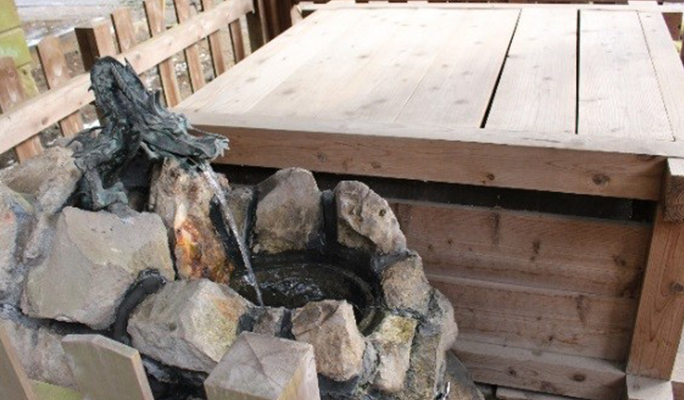 Futaarayama is centrally located in Utsunomiya City. Originally there were two ridges,Koderamine and Usugamine, as described by the Chinese characters of its name: Futa(二) meaning two and Arayama (荒山) meaning rugged mountain. During the Edo period,when changes to the infrastructure of this area were taking place, the mountain wassplit by a main road which was constructed between the two ridg es. Gradually overtime, Koderamine eroded and therefore no longer exists, though Usugamine still remainsat a height of 130 meters.
The history of Futaarayama is a very long one, dating as far back as the 10th Emperor,Sujin-Tenno. Unfortunately, Futaarayama Jinja was devastated by several fires and lostmost of its early historical records. According to the records that still remain, during the era of the 16th Emperor (Nintoku-Tenno), Narawake-no-Kimi, a great-great-greatgreat-grandson of the shrineʼs main deity, Toyoki-Irihiko-no-Mikoto, was appointed kuninomiyatsuko (governor) of Shimotsuke-no-kuni (present-day Tochigi prefecture).
At that time, the founding father of Utsunomiya, Toyoki-Irihiko-no-Mikoto, was enshrined in Araozaki (Shimonomiya). Later, the shrine was relocated to its current position at Usugamine in 838.
Futaarayama Jinja is classified as Myojin Taisha in Tochigi and people who worship at the shrine refer to it affectionately as Omyojin-sama or Futaara-san. Futaarayama Jinja is also called Shimotsuke-no-kuni Ichinomiya. Ichinomiya is the name given to the shrine with the highest social status in each prefecture, accor ding to the system established during the Heian and Kamakura periods. According to one theory, the city name Utsunomiya came from the pronunciation of Ichinomiya in the local dialect.
The area around Futaarayama Jinja has flourished over the ages and these days Utsunomiya City is seen as an important city in the Northern Kanto area. Many citizens come and worship at the shrine on special occasions such as New Year and Shichi-Go-San (a day of celebration of childrenʼs growth). Most of the festivals now held in Utsunomiya City are related to the deities of this shrine and on those days the area around the shrine is full of activity and vibrancy. In recent years, international events such as the Japan Cup Criterium (cycle road race) and the FIBA 3×3 World Tour have also been held in the spaces around the Otorii gate. 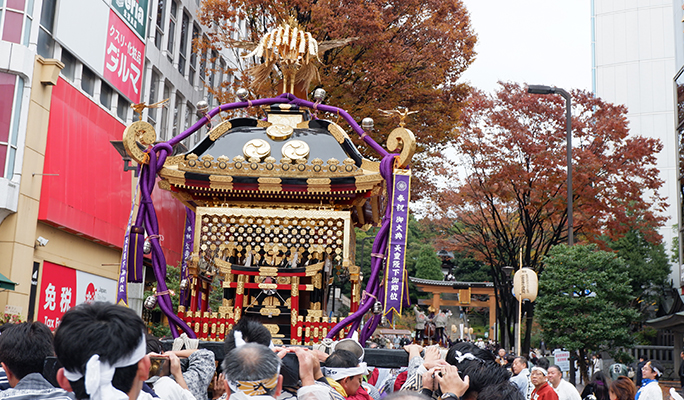 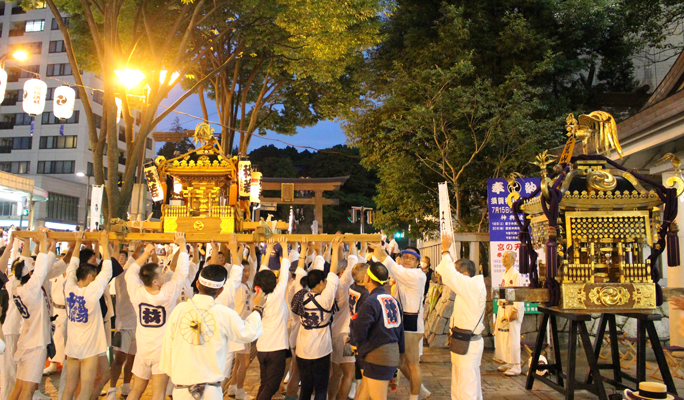 There are three kami (deities) enshrined at Futaarayama Jinja (Shrine).

The main deity, Toyoki-Irihiko-no-Mikoto, was a pioneer in the area of Kenokuni (present-day
Tochigi and Gunma prefectures), who established the basic neces sities for human life, and
governed the land peacefully. Therefore, in ancient times as well as today, he is revered as the
founding ancestor of Utsunomiya. According to the Nihon Shoki (“Chronicles of Japan”, Japanʼs first
official history record), Toyoki-Irihiko-no-Mikoto was the first-born prince of the 10th Japanese
Emperor, Sujin-Tenno, and Sujin-Tenno decided the future of his sons based upon the contents of
their dreams because he believed them to be divinely inspired. Sujin-Tenno ordered Prince
Toyoki-Irihiko-no-Mikoto to govern Eastern Japan, and the younger son to become the next
Emperor.
Later, Toyoki-Irihiko-no-Mikotoʼs great-great-great-great-grandson, Narawake-no-Kimi, enshrined
him in an area of Utsunomiya called Araozaki to memorialize his ancestor and his great triumphs. In
addition, the nation-building deities, Omononushi-no-Mikoto and Kotoshironushi-no-Mikoto,
were also enshrined together here to ensure peace in the eastern part of the country.
The main deity was renowned for his excellence in the martial arts and therefore famous warlords
worshipped him as the deity of victory. The warlords, including Fujiwara-no-Hidesato,
Minamoto-no-Yoritomo and Tokugawa Ieyasu, visited this shrine to pray for victory and upon
receiving divine assistance and attaining victory, the shrine was offered gifts of land, precious
treasures and support in rebuilding the shrine.
Utsunomiya Futaarayama Jinja is famous because the founding ancestor (honored as a deity) and
the universal tutelary deity of Utsunomiya are enshrined there. They invite happiness and
prosperity, and bestow benefits on the people. There are 12 subordinate shrines besides the main
shrine and people come to pray or give thanks to the various deities for things such as successful
commerce, learning, smooth childbirth, water, and sake.